The treatment against worms is a standard treatment for all animals, young and old. The worse the hygiene gets, the more different kind off worms U could find with puppies. Puppies which are often outside and sometimes eat a little “snack” from the ground are also more vulnerable. 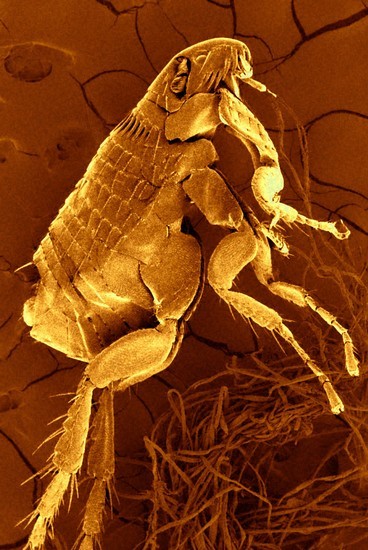 In other words, every animal, sooner or later, will get in contact with them, but mostly in their early years. The parasitic worms U can find in our region are barely to mildly dangerous, unless we are talking about a young animal or a massive contamination.

Why try to remedie ?

Mild to moderate infection can lead to an anoying diarrhoea.

Hygiene and public health : Children can also be infected by some particular worms that we can find with animals. Worst case scenario could be a Larva Migrans Syndrome, which stands for the migration of the worm-larva (like they do in their normal host). But since they are in a unknown body, they loose their way, and could end up, for example, in the eye, with all, with horific concequences as a result.

Worms are very squanderous with their food ( blood, tissue or intestinal conent off the host )

Because of this, growth capacity and condition get weak. Also the road is opened for more aggressive bacteria.

Some worms are very anoying for their hosts because of the itchy feeling.

The consecuences for younger animals can be more severe.

It is incredible how many different species of these creepy worms can be found on our planet. Their life-cycle can be both very complex and complicated

Tape-worms by the big numbers

The for us important species mostly begin with an egg, evolve to a larva and finaly become worms. (These different stadia don’t necessarely occur in one host)

The worms then lay eggs which are secreted with the stool, and the cycle is complete.

Mild to moderate infection usually have one or more off the following complaints:

-biting of the flanks

-Scratching their bottom accross the ground

-“grains of rice” around the anus

When diarrhoea and vomiting continue for too long, the riscs of dehydration , under-nourishment and eventually death are present.

U can find products against worms in the form of pills (Parazan, Drontal, Milbemax), paste (Dogminth)  or in liquid form (Stronghold for the neck ).

They are generally safe in use.

Not all products help with the complete spectrum of worms. Especially tape-worms require a special treatment.

The frequency of treatment depends on several factors. Depending on the used product it isn’t allways advisable or handy to follow the instructions to the letter. U also have to take in account the infection-risk. In any case allways follow the guidelines provided by the veterinarian.

- allways start a cure before vaccination

- Allways after a positive feces check-up

- Breeding animals: 1 time before mating, 1 time 2 weeks before delivery, during nursing simultabnious with the puppies

Worms are devided into 3 large groups:

Most off the time U will find these worms with older animals, usually in combination with a flea-infection.

These worms are flat, devided into little pieces, containing the eggs. They crawl out off the anus themselves and are visible with the naked eye.

The wormcyste evolves to a worm which attaches itself to the intestine’s mucuos membrane.

3 weeks later the first proglotides will appear. They can crawl out of the anus and we will be able to notice them as little “grains of rice” on the dogs pillow (for example)

Clinically not very important ( except when contamination is by the hundred which will result in a lack of nutricion for the host ). However when they crawl out of the anus this can result in a very itchy feeling for the host ( which in turn will have him/her scratch his bottom accross the ground )

A tape-worm can be between 20cm and 80cm in lenght

A flea can carry up to 60 cysts

Small children who tend to stick several things in their mouths could end up with a tape-worm. However, since this worms confides himself to the intestines, their is no real danger.

But then, nobody likes to walk around with one of these inside, do they ?

The worm-eggs are no problem, they can’t survive the gastric acid.

Not all products treat dipylidium. We use Parazan or Drontal Dog, 2 days in a row.

Because of the short internal cycle ( 3 weeks ) the animals can recontaminate themselves  easily. After a first treatment a second one 1 month after is recommended.

It is at the same time also very important to do a treatment against fleas and to clean out the resting place of the animals.

at the same time

The biggest and most frequently found group. They have a round body, pointy at both ends.

In this group for example are categorised: rinceworms, dweepworms, en hookworms.

Toxocara Canis is the most common. It’s life-cycle is very important to understand the need for treatment.

Orally absorbed larva migrate from the stomach to the liver à hart à Lungs à trachea, are coughed out, swallowed backand finally grow to addulthood in the small intestine where they reproduce. This takes about a month. Part off them  encapsulate themselves along the way and create a reserve from where, at regular intervalls, larva are released to begin their journey to the intestine.

These worms release at an accelerated pace in bitches with young, contaminating the puppies from the 42nd day of the pregnancy in the womb. The larva wait untill the puppy is born (in the fetal liver ) to begin their journey ( as described above )

Puppies can also be contaminated the first 3 weeks by the nursing mother. But this is of inferior importance ( 5% - 95% )

Depend on the age of the animal and the degree of contamination.

The injuries left by larva during their migration can cause pneumonia, the main reason for death among newborn puppies (2-3 days age ). Puppies that survive this first faze of contaminatuion, often still die because of stumach and intestinal infection and the resulting weakened constitution.

Aside of the migrative scarring these worms can cause allergic reactions in the intestine when present in masses. Mild to moderate infections normally aren’t a problem, but still are a source off infection for other animals.

Male worms can grow up to 9cm, female up to 17cm

With a serious infection, there are up to 15 miljon eggs secreted a day into the outside world

These larva can live upto 3 years outside of a host and are very resistent against the climat, and regular cleanser and disinfectant.

The “back-up” larva can contaminate up to 3 pregnancies

If, by accident, eggs get into the intestine off a human, they will try to make the same journey. In itself, no real problem, but it could be that they “get lost”, and end up, for example, in the eye. This fenomenon is known in the medical world as “Larva Migrans Syndrom”.

-         Bitches need to have treatment before the pregancy, 2 weeks before birth and together with the puppies after birth

Trichuris Vulpis is the dweepworms that appears with dogs

The eggs develop into mature worms in 2/3 months, inside the large intestine. They drill a hole in the intestine’s mucuos membrane, from which they feed themselves with blood. The eggs are secreted with the stool.

This is why we call these worms dweepworms

Most of the time there are only a few worms present which doens’t really cause problems. (returning diarrhoea) but a massive contamination ( hundreds or thousands) can cause anaemia, bloody diarrhoea and emaciation. With young animals this infection can be fatal.

Not all products are effective. The ones that are usually only are after treatment over several days. We use Parazan during 5 days.

In kennels the infection can be persistent. Especially good hygiene is very important. Once the eggs complete their first cycle, they are very resistent and can survive several years outside of a host, but then they need somewhere warm and moist (stool is perfect for them)

There are not many desinfectants that can help with cleaning up these eggs. U can avoid this infection by:

daily removing stool from the kennels

treat every dog every 2/3 months

They get their name because ofthe way they retract their head which gives them the appearance of a hook. They are rather small and have some kind of teeth with which they attach themselves to the intestine.

The eggs become larva outside of the host , and are either eaten from the ground, but can also enter the body through the skin ( percutane contamination) and get to the intestine after a “journey” through the body

A real creepy worm, which bites itself into the intestine

Egg of the hookworm

This is one of the most dangerous worm-species for our dogs. The larva enter the body through the skin and find their way through the body (hart, lungs, trachea, gullet ) to the small intestine, where they feed on blood and tissue. On their journey some larva encapsulate themselves, which , with pregnant bitches, can contaminate the puppies.

Larva damage hart, lungs and the small intestine. At a certain age dogs get imune to these worms, but an infection on younger dogs and puppies frequently causes fatalities

Skin: Penetrating larva can cause itchy feelings on the paw-sole. Bacterial complication can affect the whole paw.

Lungs: The scars are usualy very mild, even when the infection is massive.

Intestine: The scars are very deep and bloody. Heavy or chronical infections result in anaemia, loss of appetite and emaciation. For puppies a dark slimy diarrhoea together with anaemia can be a sign for Ancylostoma-infection

Percutane infection on humans with the european species are very rare. The tropical species however are capable to do so

- Every worm can cause up to 6 wounds daily

- 90% of the blood taken by the worms is spilled

Most treatments are effective.

Preventive treatment is advised after or during a trip with your dog into warm regions, or after importing a dog/puppy. Serious infections need profesional help.

They don’t really have an important representative with household pets. They do with ruminants.