I Need More Of You - Bellamy Brothers

Music choise   :   When i was looking for a song for her and when i heard this song i began to smile because this

song expressed a little bit what i hoped for her.  I hope she will get some features of Alizka because

Alizka is my big time hero and since she is retired now...   I hope to go into agility also with her...

so i hope for more from her.  And the sentiment that came alng with the spectacular birth made me

decide to keep her and so came the dreams and hope along with that. 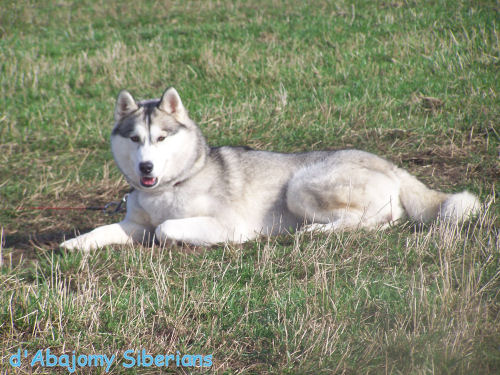 Hobby's              : being a lazy ass inside the house  and making the other dogs do what she wants so all space for her and all attention too if possible

Namechoise        : well the name was quite difficult because it had to express what is behind this puppy (besides the

the fact she was conceived and born in a spectacular way).  It is so that i wanted to improve Alizka

my big time hero and i combined her with Uriah.. so i got Danthé...  a nice and sweet dog but not

exactly what i hoped for.  So again i tried to improve it again with Dezhno but i wanted to keep the

good qualities of Alizka.  So i secretely hope that she will be my next agility siberian like her grand-

mother Alizka .. so came the name Hidden Hope (the idea was given by people of Hidden Star d'Abajomy

Hope if they woul mind if i used Hope again)

To be short.. Hope is a very special dog.... which is also born out of 2 dogs already bred by me.  Hope ha unfortunately been through a lot at young age including a trachea operation and is catch by her troat 2 months after the operation by a strange man.... which makes she isn't too fond of strange man now but if you let her at her own pace she will come sit on your lap.   Ze is and stay my little girly ( click on the link at the bottom of this page to read her story about her operation) 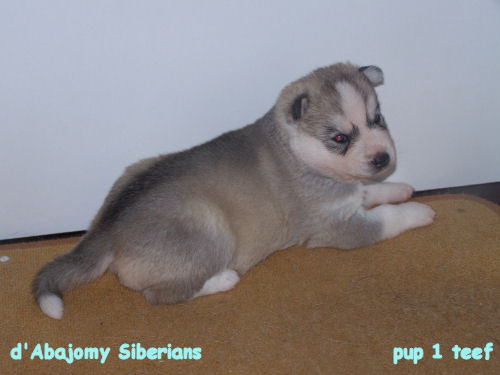 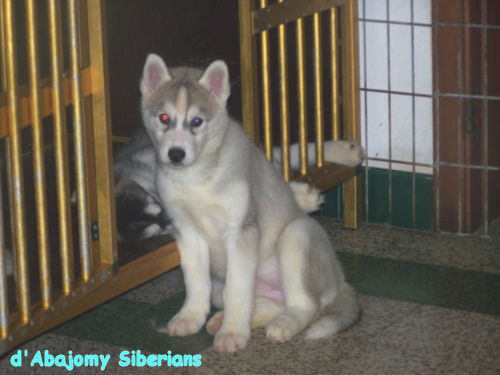 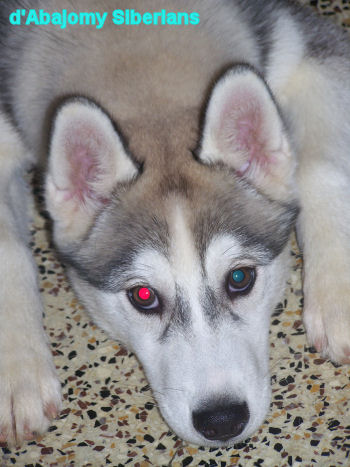 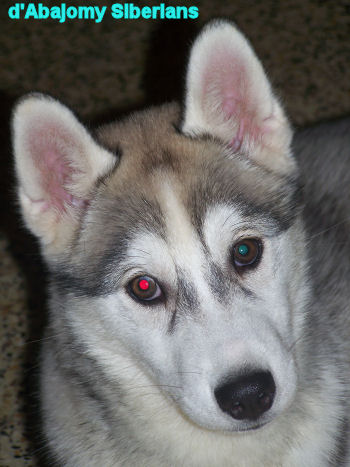 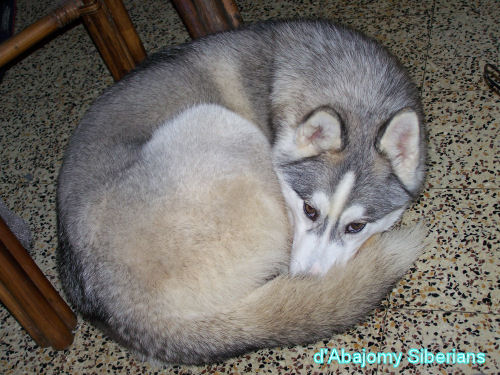 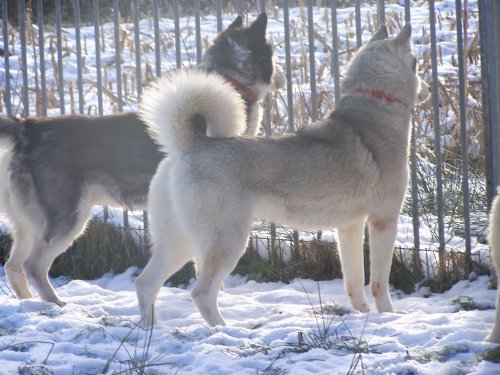 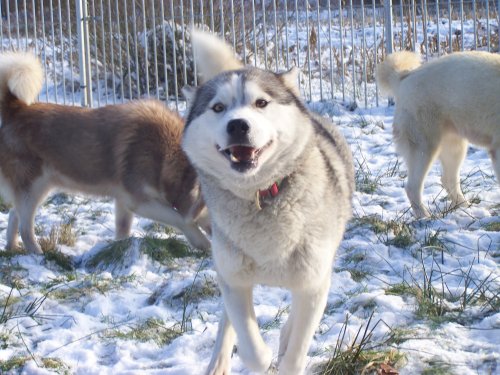 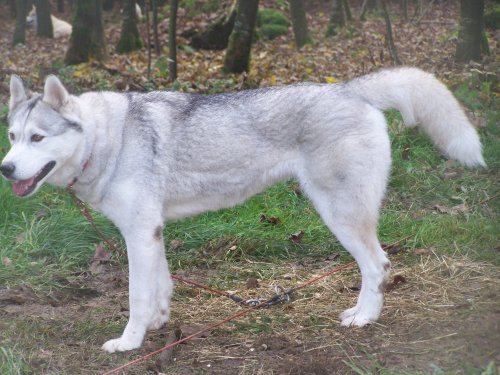